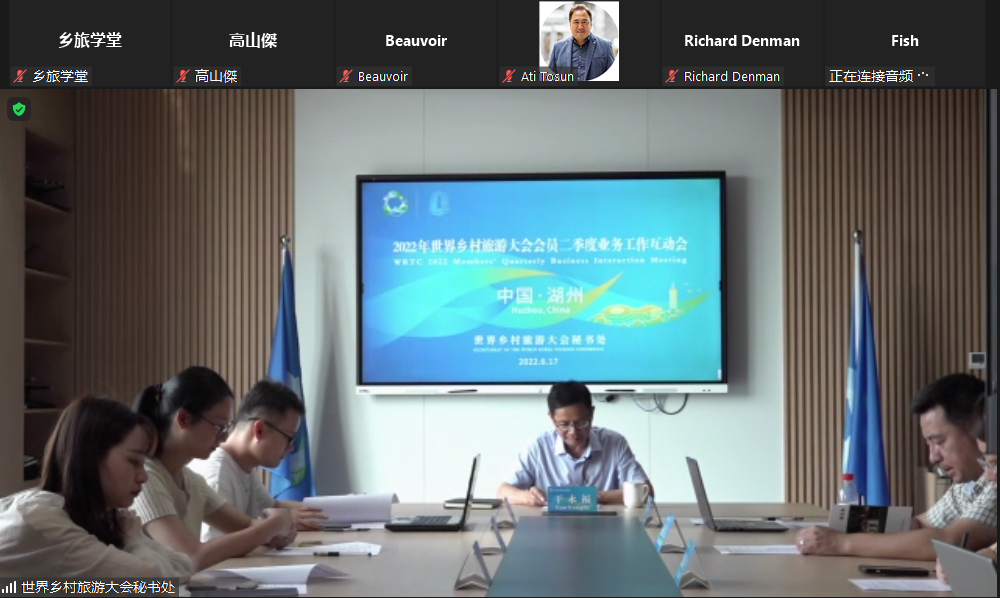 Shen Xiaohong, director of the Conference Office, briefed the work of the second quarter of the 2022 World Rural Tourism Congress and arranged the work of the third quarter. Her in the report pointed out that the world conference on rural tourism service platform based on the existing increasingly perfect, get, in the second quarter was mainly completed the organization is becoming more and more specifications, assembly platform is becoming more and more active, more perfect base construction "three big thing", in the third quarter will be to serve the global rural tourism sustainable development, the high quality We will fully implement the "four systems" of member services, brand promotion, quarterly exchanges and academic research.

Gao Shanjie, Chris Flynn, Richard Denman and Ati Tosen, as well as Lv Shengxuan and Liu Yongjun, presidents of Shandong and Guizhou Regions of China, exchanged ideas on how to promote the development of global rural tourism with high quality under the normal situation of epidemic prevention and control.

Gan Yongfu, vice president and secretary General of the Conference, expressed his own opinions and suggestions on the construction of the conference in the summary of the conference on the "three up" -- the organization "standardized up", members "active up" and products "flourishing up". He stressed that all members join hands, so that all members of the World Rural Tourism Conference can truly achieve win-win interaction, build a brand, people and wealth prosperity, global service, to the world.